Grab Launches GrabPay Credits It’s like cash, but ‘Not so Leceh’ 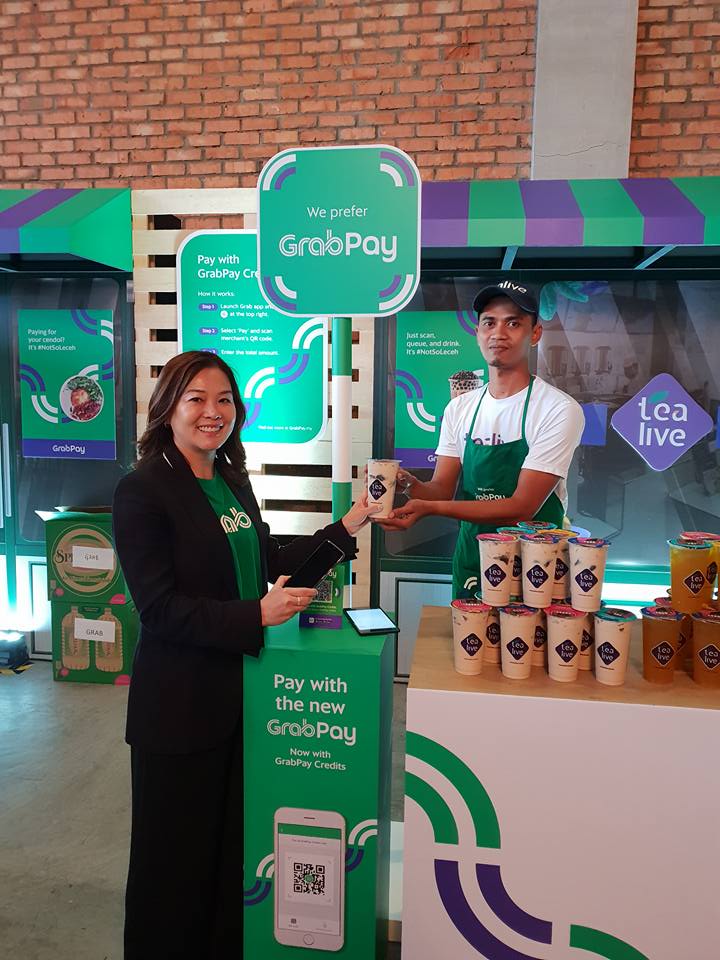 Petaling Jaya – 26 June 2018: Grab, Malaysia and Southeast Asia’s leading Online-to-Offline (O2O) platform, today introduced the GrabPay mobile wallet. Without having to leave the Grab app, Grab’s millions of consumer can now access a safe, convenient and flexible mobile wallet to pay both for services on the Grab app and in stores and restaurants. In addition, partnerships with local champions like Maybank, KLIA Ekspres and merchants such as Tealive, ensure GrabPay is not only accepted nationwide in eight cities from the launch, but can also be used for a variety of services.

The all-new GrabPay – which previously only accepted debit or credit cards – comes enhanced with a mobile wallet. Consumers can now top-up and spend money or ‘GrabPay credits’ from the Grab app. Consumers can use their Grab app to pay for Grab’s services such as GrabFood and rides, but also at merchants or partners with the GrabPay QR code. In addition to that, consumers can also transfer money directly to each other conveniently via the app with just a few simple taps.

“What’s stopping many in Malaysia from adopting cashless is the perceived lack of safety and convenience. With GrabPay, consumers across Malaysia, regardless of age, can participate in the cashless, digital economy without having to download additional apps. By topping up money on Grab as your everyday app, you can easily track your spend and pay cashless conveniently and safely,” said Ooi Huey Tyng, Managing Director of GrabPay Malaysia, Singapore and the Philippines.

According to statistics by Bank Negara, more than 80% of transactions in Malaysia still happen in cash. Cash handling and services also cost more than a billion a year to the banking industry.

Grab as the app offering essential everyday services in areas such as mobility, food and other services to more than 100 million consumers across Southeast Asia is best placed to make a difference. The GrabPay mobile wallet built into the Grab app offers a low-entry barrier to secure cashless payment options for both consumers and merchants.

Users only need to turn on their Grab App and scan the unique Grab QR code at the merchant’s outlet. In fact, every transaction on GrabPay Credits adds value to every Ringgit spent, earning them GrabRewards points which can be used on items from the GrabRewards catalogue.

How to start using GrabPay for in-store purchases: 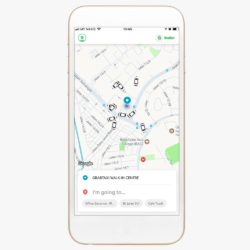 Step 1: Tap the GrabPay icon on the top right corner of your booking screen 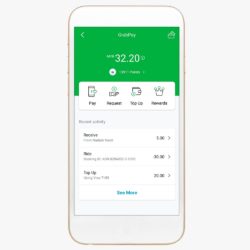 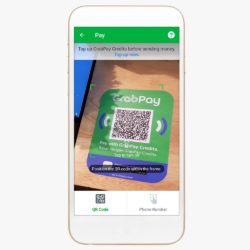 Step 3: Your camera will be activated. Scan the merchant’s QR code 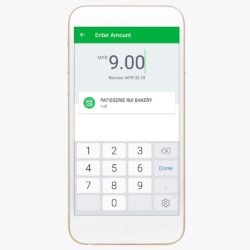 Step 4: Upon successful pairing, merchant information will be displayed. Make sure this information matches the merchant you are paying

Step 5: Upon successful payment, you will see the e-receipt

Malaysia’s merchants will have access to the wide and growing data-base of Grab users who are already familiar with the app. At the same time, merchants can focus more on service rather and not be burdened by calculating change or tallying their accounts at the end of the day as every transaction is captured within the app.

The GrabPay mobile wallet also comes with an instant credit transfer feature, consumers can also transfer money immediately to friends or family via phone numbers  or the the unique Grab QR code within the Grab app. This new feature makes the hassle of transfering money easier, in cases where a group of friends want to split the restaurant bill or a mother wants to give money to her children to pay for rides or meals.

Ooi also shared about partnerships to help drive adoption of a more cashless culture. A key partnership announced recently with Maybank, for example, will allow consumers in the future to use GrabPay Credits not only at GrabPay merchants but also at Maybank’s nationwide network of QR-enabled merchants. This makes GrabPay already one of the most widely accepted payment methods in the country. Through this partnership, consumers will soon also have the added convenience of directly topping-up cash to their mobile wallet via Maybank2U, Maybank’s internet banking portal. Maybank customers who use GrabPay as a payment method for rides and other services on Grab will enjoy exclusive benefits and rewards.

Another partner added to the Grab ecosystem is the KLIA Ekspres. As the first mobile wallet KLIA Ekspres is partnering with, effective mid-july, commuters at KLIA, KLIA2 and KL Sentral can use GrabPay Credits to pay for their rides and enjoy an exclusive limited time offer promotion.

“By working with partners who share our vision, we put ourselves us at the center  of Malaysians’ day-to-day lives. When users are accustomed to paying for daily essential services, such as transport, food delivery and payment, we can help to expedite Malaysia’s transformation towards a more cash-like economy,” explained Ooi.

To know more about the all new GrabPay, click here.