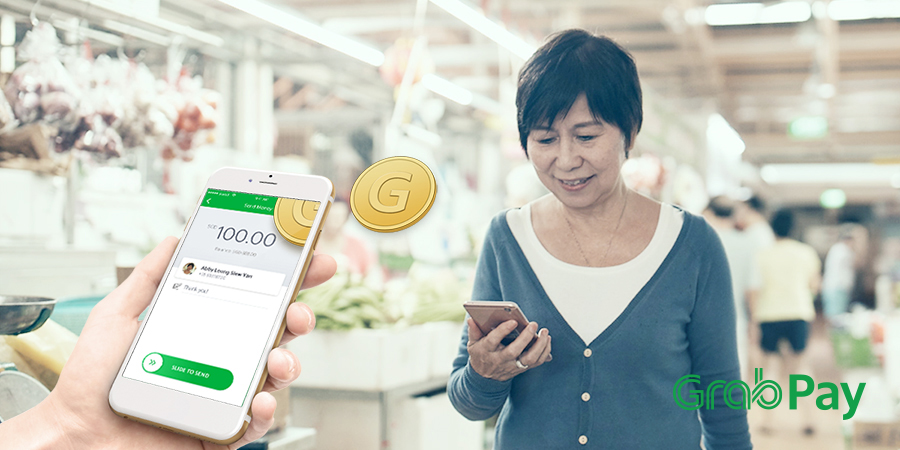 Grab plans to extend the use of GrabPay to merchants, such as those in the F&B, retail and entertainment industries, in Q4 2017. It aims to work with more than 1,000 merchants, and will start by partnering merchants that are currently more heavily dependent on cash, in line with the Singapore government’s push to encourage more consumers and merchants to switch to cashless payments. Singapore is the first country where Grab plans to trial this beyond transportation.

“Every day, over 75% of Grab users in Singapore go cashless and use GrabPay to pay for rides. Grab users are familiar with using mobile payments for daily transactions, via the Grab app. Fund transfer is the first step to expand the use of GrabPay as a mobile wallet. Today, users can transfer money to one another; in the coming months, they can look forward to use GrabPay to buy food or other goods and services from physical shops,” said Jason Thompson, Head of GrabPay, Grab.

He added, “Cashless payments in Singapore is still quite fragmented. Mobile payments is more infrastructure-lite, and as one of the most frequently used consumer apps, we believe Grab can drive mass adoption of mobile payments in Singapore and across Southeast Asia. We have a stake in educating and bringing local communities into the cashless future, and are open to working with public and private sector organisations to enable this.”

The Grab app has been downloaded onto over 55 million mobile devices across Southeast Asia, and merchants can benefit from the increased marketing exposure through the Grab app. Participating merchants can expect to set up GrabPay easily with a QR code, and enjoy lower costs of cashless adoption. With mobile payments, merchants will not incur additional fees such as rental of payment terminals.

Grab also introduced a new six-digit GrabPay PIN as a second factor authentication (2FA) this week to make its GrabPay mobile wallet more secure. Consumers with more than $150 worth of credits in their GrabPay account are required to activate the PIN. The Grab app will automatically prompt users to input their pin number when it detects any unusual activities, such as the app being used in a different country.

GrabPay Credits is a cashless stored value option offered within the Grab app. With the instant fund transfer feature, consumers can transfer money immediately to another person. Benefits include:

In an initial trial, consumers commonly used Grab’s fund transfer feature to top up transport allowance for their loved ones, split the cost for meals and entertainment in GrabPay Credits, and transfer credits as gifts for special occasions.

Grab serves nearly 3 million consumers every day. By leveraging the large user base who use Grab every day to pay for transactions, Grab aims to make GrabPay the #1 universal mobile payments solution in Southeast Asia. The usage of GrabPay Credits has grown 80% month-on-month since its launch in November 2016. Grab also added more than 150 merchants into GrabRewards, Southeast Asia’s largest loyalty programme, this month.

Grab is by far the #1 on-demand transportation platform in Southeast Asia with a market share of 95% in third-party taxi-hailing and 72% in private vehicle hailing. According to TNS, a global market research firm, Grab is the brand that is used most often in Singapore, Indonesia, Philippines, Malaysia, Thailand and Vietnam, compared to other ride-hailing apps and taxi booking apps. In Singapore[1], more than half of consumers surveyed use Grab’s services most often compared to other third-party transport booking apps.

Today, Grab offers the widest range of on-demand services in the most markets in Southeast Asia, with more than 55 million app downloads and over 1.2 million drivers in 87 cities across 7 countries.