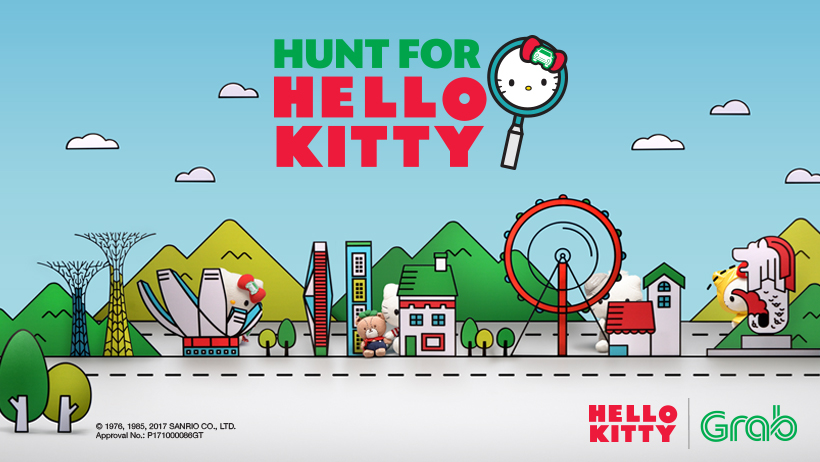 SINGAPORE, 12 October 2017 — Hello Kitty has been on a space mission, and has participated in a photoshoot with Lady Gaga. This time, she is in Singapore and wants you to look for her during your next Grab ride!

From 16 October to 12 November 2017, Grab users who use the promo codes ‘HITCHHK’ / ‘SHAREHK‘ / ‘JUSTHK‘ on GrabHitch / GrabShare / JustGrab rides respectively will stand a chance to win a plushie each week. A total of four plushies will be rolled out progressively over four weeks.

The first plushie, GrabHitch Hello Kitty, is available from 16 October to 22 October. We will be revealing the other three Grab x Hello Kitty plushies via Grab’s Facebook and Instagram pages over the next few weeks, so keep a lookout for them!

If Hello Kitty DRIVES you crazy, here’s how you can get them: 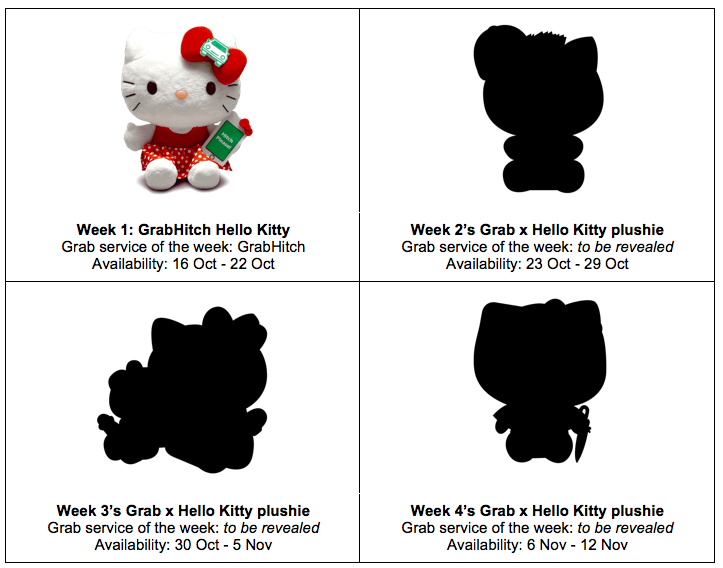