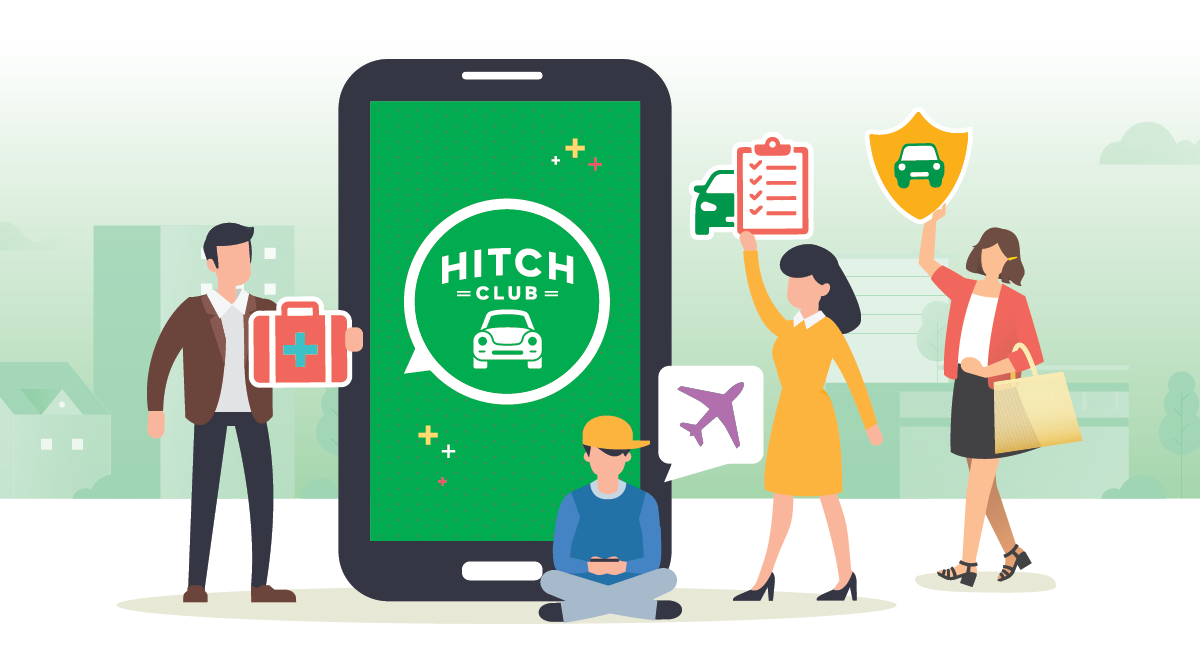 Singapore, 31 August 2018 – Grab today announced the beta launch of Hitch Club, the first-of-its-kind rewards program for everyday drivers in Singapore. As part of Grab’s ongoing commitment to support drivers on its platform, Hitch Club will bring about greater benefits for GrabHitch drivers through app features such as no-show guarantees and other merchant deals. Now, GrabHitch drivers will not only cover some of their travel costs and get a chance to network, they will also be rewarded for doing so.

GrabHitch was launched in 2015 and allows everyday, non-commercial drivers to give fellow riders who are going the same way a lift to offset the cost of their journey such as petrol costs. On average, GrabHitch drivers in Singapore are recovering around S$400 of travel costs each month, and the launch of Hitch Club will help unlock even more savings for drivers.

Starting from tomorrow, GrabHitch drivers will be awarded 10 Hitch Club points for every $1 in fare that they collect. Drivers can also gain multipliers for these points, such as by completing rides on weekends. Based on the number of Hitch Club points collected, GrabHitch drivers will be allocated to one of the four Hitch Club tiers — Rookie, Go-Getter, Pro and Champ — that will determine the benefits they are eligible for including:

“I have been using GrabHitch since 2016 to give fellow passengers a lift while travelling to and from work on weekdays. I’m excited about the new Hitch Club as it will help to further subside some of my driving costs, and gives me even more reasons to do my part for a greener environment,” said Goh Kin Hin, 34, Engineer who uses GrabHitch as a driver for his daily commutes.

“Hitch Club shows our ongoing commitment to better support all drivers on our platform, commercial and non-commercial alike. We recognize that GrabHitch rides are not-for-profit, and want to do more to reward everyday drivers who share our vision for a car-lite society and give fellow commuters a ride. Grab believes that social carpooling is key in helping us better utilise all vehicles and contribute towards a greener future, and is committed to growing Singapore’s carpool culture. Drivers can expect more benefits in the coming months as we work hard to create an even more exciting platform for them,” said Andrew Chan, Head of Transport, Grab Singapore.

Commercial drivers including GrabCar and GrabTaxi drivers also have access to perks such as fuel discounts, healthcare benefits and additional insurance coverage, as part of the ongoing Better 365 campaign.

The beta version of Hitch Club will be available through the Grab app, and allows GrabHitch drivers to enjoy a holistic range of benefits to complement their savings goals. The full list of merchant deals can be found in the appendix. More details on Hitch Club is available here:
https://www.grab.com/sg/hitch-club