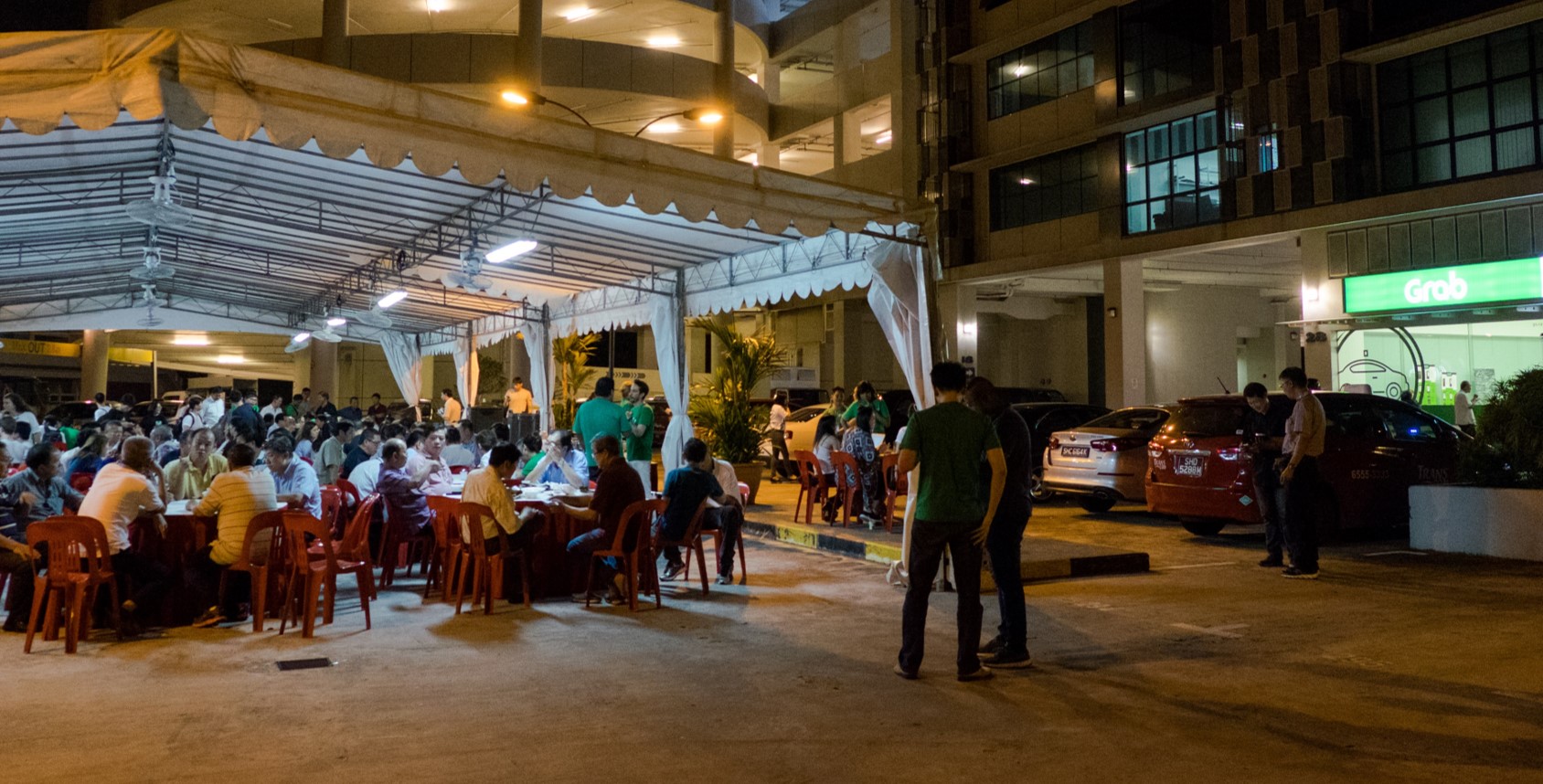 Singapore, 8 June 2016 – Grab, Southeast Asia’s leading ride-hailing company, celebrates four years in Southeast Asia in June. Grab drivers in Singapore turned up in force yesterday for Grab’s fourth year anniversary dinner at its Midview City premises. Almost 200 Grab drivers of different races, together with Grab employees, were treated to a feast, as they  break fast with their Muslim friends and colleagues and enjoy their evening meal together.

The dinner is part of Grab’s ongoing initiatives to show its appreciation for its drivers – thanking them for their hard work and support over the past four years. This is just the latest in many of Grab’s driver-engagement activities – among them durian tasting trips, sponsored getaways, and workshops for their children to learn about technology and entrepreneurship.

Commenting on the anniversary celebration, Lim Kell Jay, Head of Grab Singapore said, “The welfare of our drivers have always been very important to us – they have been a key part of Grab’s growth over the past four years and we thank them for the part they have played. At Grab, our priority has always been to improve the lives of our driver-partners and we remain committed in empowering them to earn sustainable livelihoods in the years to come.”

“I am excited to celebrate Grab’s fourth anniversary with fellow drivers and staff members. Such activities help to create a sense of belonging among the driver community. Driving with Grab has helped to increase the number of ride bookings, which complements the earnings I receive from taking street hails. Today, I complete around 300 bookings per month through the Grab platform,” said Mr. Sim Poh Wah, a TransCab driver and one of Grab’s pioneer GrabTaxi drivers in Singapore since 2013.

Grab began as a taxi hailing application in 5 June 2012 and has extended its product platform to include private car services, motorcycle taxis and social carpooling. Grab is operating in six Southeast Asian countries across 30 cities and has a network of more than 300,000 drivers regionally. The brand continues to be focused on making the app the most seamless experience. In addition to multiple transport services and payment options to offer passengers more choices, Southeast Asian travellers can now use the Grab app in over 200 cities in the U.S. after its integration with Lyft.