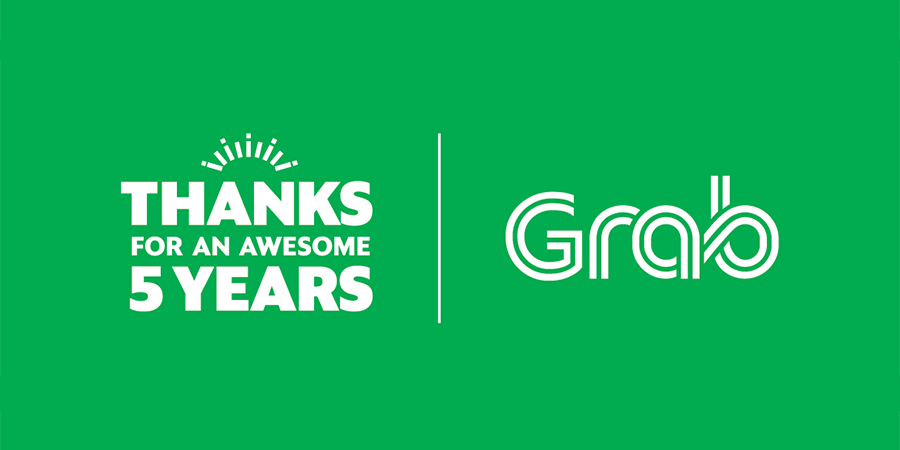 SINGAPORE, 6 June 2017 – Grab, Southeast Asia’s leading technology company, celebrated  its fifth year milestone on 5 June and released the ‘Moving SEA Together’ report, which highlights the company’s tremendous growth and impact on lives across Southeast Asia. By driving with Grab, more than 930,000 drivers earn one-third more on average. Grab has also reduced travel time in half for its passengers by providing more convenient transport options.

The ‘Moving SEA Together’ report is so meaningful to my co-founder Ling and I, because it affirms our belief that a homegrown startup can make a difference in the world, as long as we focus on doing the right thing. Every decision we make is guided by how best we can solve a local problem, and how it will benefit people and the wider community. We’ve been blessed with help from so many people – fellow Grabbers, drivers, agents, consumers and investors – who put their faith in us, and encouraged us to always work towards big audacious goals. You can call us crazy, but perhaps Grab is a place for people who believe that what they do will improve lives through technology,” said Anthony Tan, Group CEO and Co-founder, Grab.

Solving Local Problems Important to Our Drivers and Consumers

“Grab’s business is evolving; we have not only re-defined what people traditionally think ride-hailing is, but are building a consumer platform that focuses on the most important everyday services – transport and mobile payments. We will always develop solutions for our driver partners, agent partners, and consumers first. We are the market leader in Southeast Asia because 1) we out-innovate – particularly in business model innovation, where we find solutions to improve existing services and work with governments to introduce effective new ways of serving the public; and 2) we out-execute – we have passionate local teams in every country who know the local problems inside-out,” added Anthony Tan.