In this interview series, Grab’s founding members chat about their experience building up Southeast Asia’s largest ride-hailing app. This week, Adelene Foo and Lim Kell Jay talk about what to look out for when making a switch from the corporate world to startup life.

Ever considered a career switch to join a startup?

That was the decision facing Adelene Foo and Lim Kell Jay some years back. The two friends had enviable jobs as management consultants at Accenture before becoming head honchos of Grab’s Malaysia and Singapore offices respectively.

Some context: In June 2012, Adelene joined Grab (then called MyTeksi) as its general manager for Malaysia, when the startup was in its infancy. About a year later, Kell Jay joined Grab to set up its Singapore operations from scratch.

They tell us what to look out for if you’re making the leap. 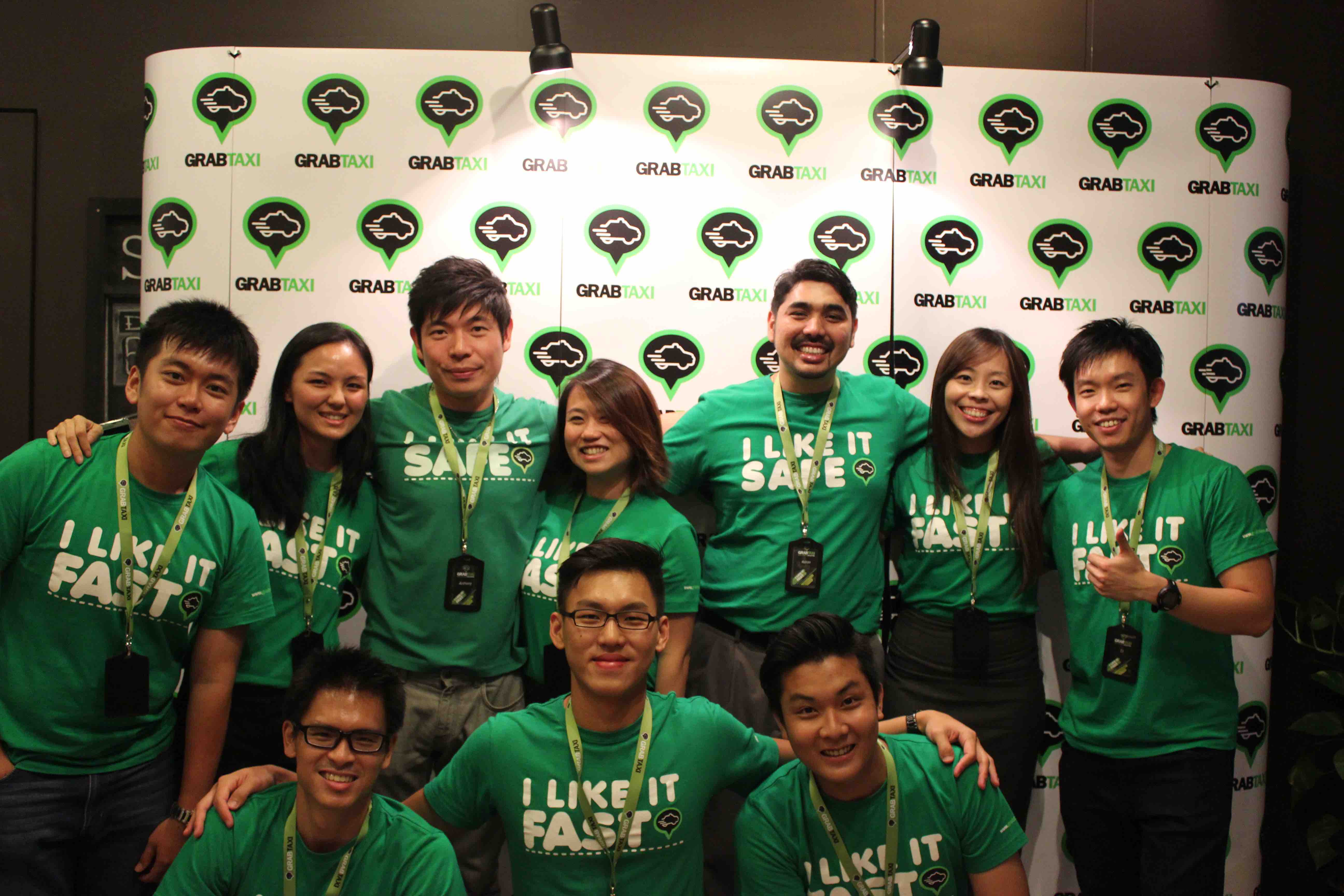 Kell Jay (bottom row, extreme left) and Adelene (top row, second from right) at the launch of the Grab office in Singapore.

Less stability, but a chance to leave a legacy

The instability of a startup is a deal-breaker for many.

But for Kell Jay, the chance to solve a social problem was a “deal-maker”. “We’re tackling a fascinating issue,” he says. “How do you solve traffic with nothing but smartphone technology? That really excited me.”

Adelene was sold on the chance to make an impact, even if it meant sacrificing a comfortable career.

Prior to Grab, she was set on applying for an MBA programme, fully sponsored by her company. She was even on track for a promotion upon her return.

In a twist of fate, she approached an acquaintance for advice with her MBA applications. The latter turned out to be Grab co-founder Tan Hooi Ling, who was building up the fledgling startup.

Hooi Ling lobbed Adelene a counter-offer: Join her startup, and experience building up a business. “She told me it would be like a ‘free MBA!” Adelene jokes. “But there would be no financial stability. All they had was a vision, and nothing more.”

Adelene eventually took the plunge, accepting a 40 per cent pay cut. She says: “There will always be opportunities to earn money, but it is rare to be in a position where you can leave a legacy.”

“I had no debt or no financial commitments – what was there to lose? I would have regretted it even more if I had never tried.” 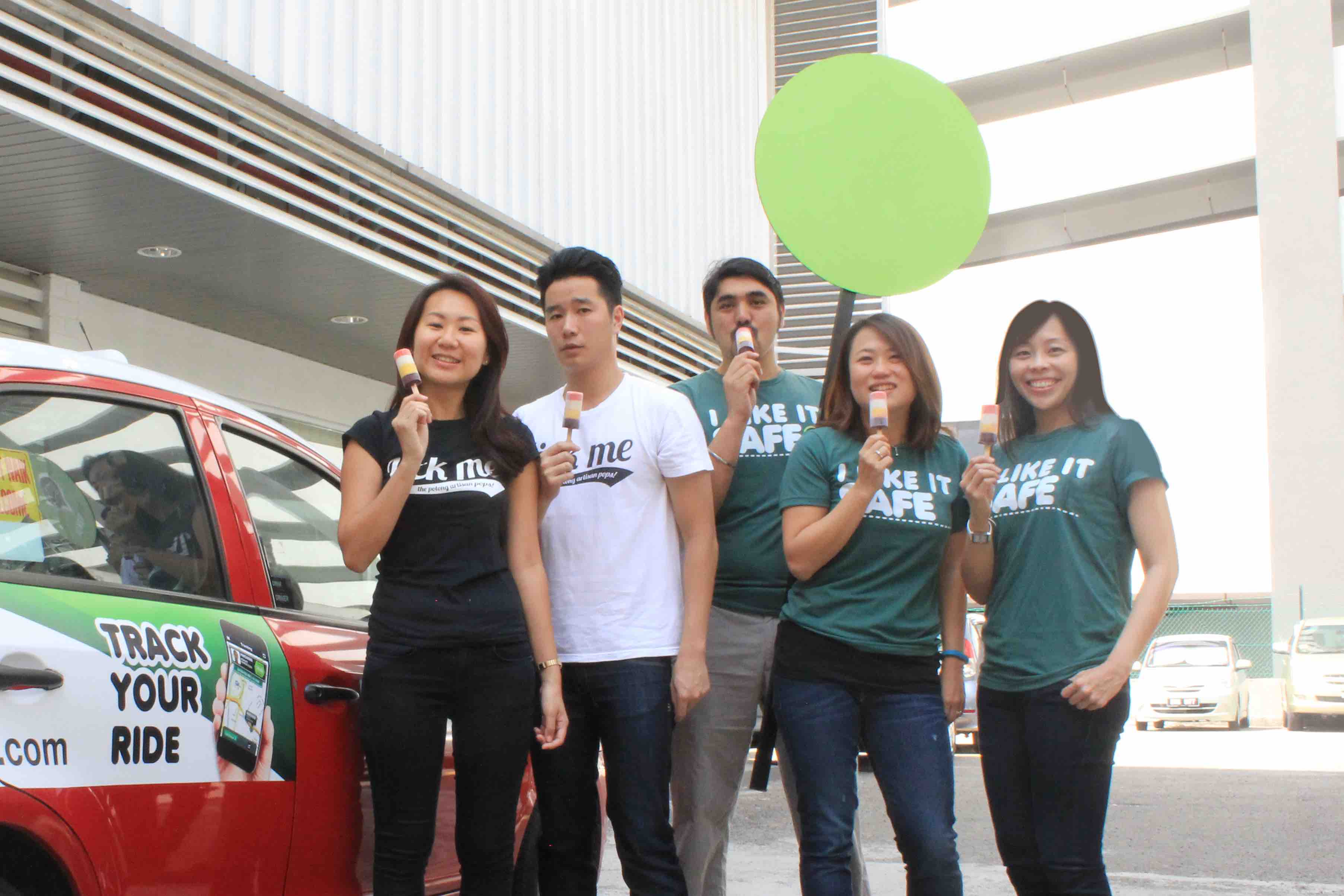 Back in the day, teams in Grab were extremely lean. Though she headed the Malaysian office, Adelene found herself having to design banners and pick up marketing and customer service on the fly.

“I even had to figure out how to pay the staff salaries. Coming from a place which had all the support functions, this was humbling,” she says.

Across the causeway, Kell Jay faced a similar situation. After nine years in consulting, he had to build an office from ground zero.

He found and furnished an office space single-handedly. “One of the first things I did was to buy chairs from Ikea and fix them up. I also bought laptops for the staff,” he says. The Singapore team doubled up as contractors, painting the office and buying everything including toilet paper.

On one occasion, the Malaysia office failed to transfer funds – earmarked as drivers’ payments – to Singapore on time.

Kell Jay made a snap decision and took out $50,000 of his and his wife’s savings to pay the drivers.

“We were new in the market and up against a rival ride-hailing app. It boiled down to which brand the drivers trusted – and there is no better way to break trust than not to pay,” he says. “My only condition to [Grab CEO] Anthony was that I get my money back!”

Though humbling, the DIY culture fostered camaraderie among the teams.

“When we did a major server upgrade, the entire Malaysia team huddled and slept over in the office,” recalls Adelene. “Our CEO Anthony camped over with his sleeping bag and bought the team dim sum.”

That experience formed the bedrock of company culture. Today, posters reading ‘Your Problem Is My Problem’ hang from the walls of the Grab office – a nod to those days when it was all hands on deck.

“There was no demarcation of roles then. We worked as a team, double- and triple-hatting, doing everything we could to make the app better,” says Adelene.

The office Kell Jay and his team founded has grown into a bigger complex housing specialised functions, like marketing and finance, and a driver support centre.

Looking back, Kell Jay acknowledges that joining a startup isn’t for the faint hearted. “But it’s highly rewarding because you see progress every single day,” he adds.

Put the opportunity costs of joining a startup into perspective. “Being in a position where you can influence and impact, that’s something money can’t buy,” says Adelene. And failure? Par for the course. “If you’ve always dreamed of doing your own thing, be prepared to make mistakes. The faster you fail, the faster you will succeed,” says Kell Jay.

It’s common for staffers to juggle multiple roles in an early startup. To avoid getting swamped, “place priority numbers on everything,” advises Adelene. “What do you really need to do now? Is it acquiring more consumers? Don’t jump onto the first thing on your plate as it may not serve your bigger objective.” Also know when to hire. “If you do everything yourself, you won’t be able to scale. Create bandwidth for yourself.”

Drivers were (and still are) key stakeholders in Grab’s business. Even though the Singapore team was lean, Kell Jay recalls how everyone worked overtime just to tabulate the drivers’ earning statements. This used to be manually done on Microsoft Excel spreadsheets and e-mailed to every driver (all 1,000 of them) so they could have a record of their earnings. Though back-breaking, gestures like this earned the drivers’ goodwill.

The startup life can be lonely so surround yourself with cheerleaders. Kell Jay credits his wife for being his rock, accompanying him even when he shopped for office furniture. “I’m very grateful to her for allowing me to take a risk. Family support is extremely important.”

Adelene Foo is now the regional head of Grab’s two-wheel business, while Lim Kell Jay is the country head of Grab Singapore. Interested in joining the Grab family? Check out our careers page at http://grab.careers/