Grab To Create 5 Million Micro-entrepreneurs in Indonesia By 2018 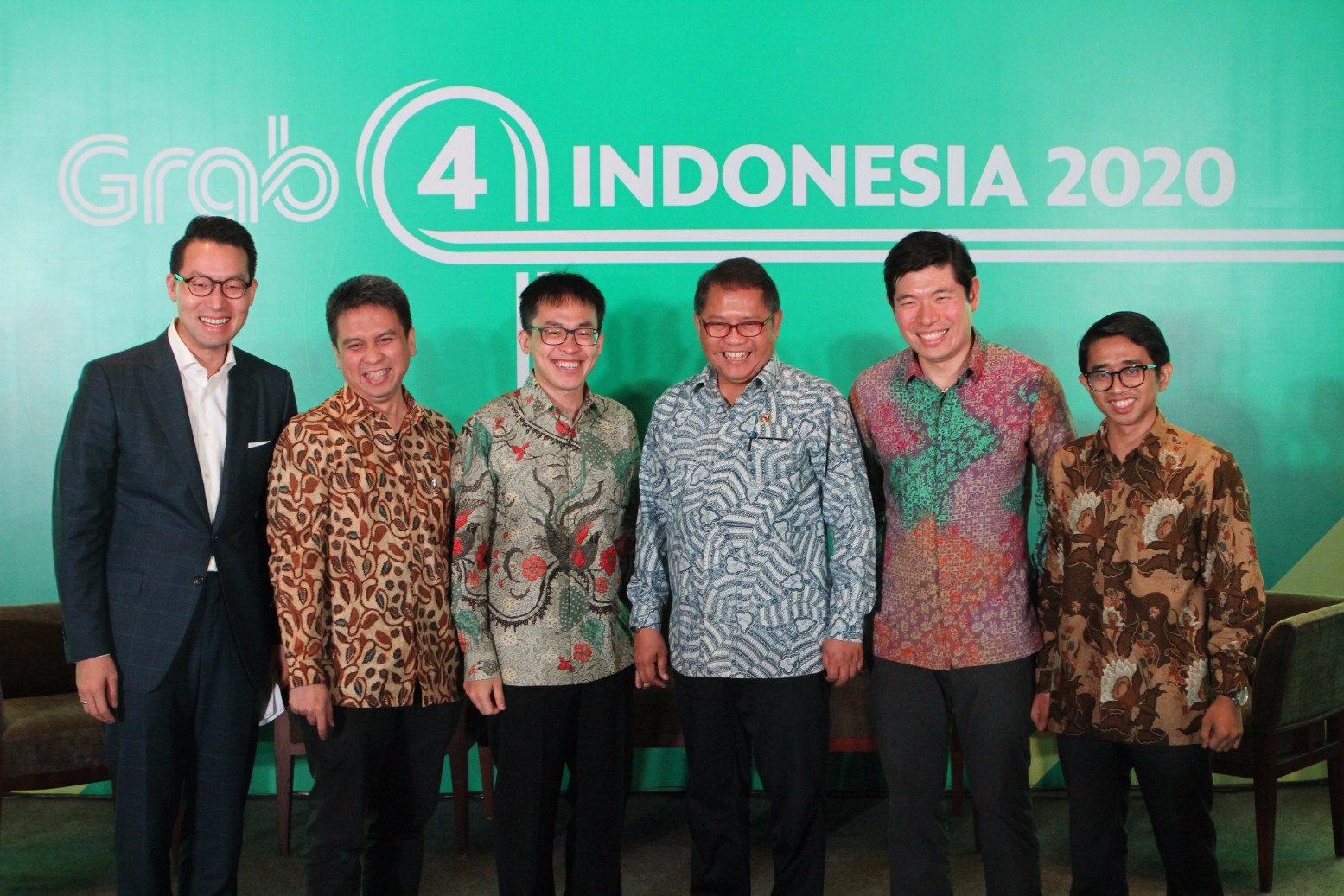 Jakarta, 18 May 2017 – Grab, Southeast Asia’s leading ride-hailing and mobile payments platform, today committed to ambitious new goals under its US$700 million ‘Grab 4 Indonesia’ 2020 master plan. In the three months since Grab first announced ‘Grab 4 Indonesia’, Grab opened a new R&D centre in Jakarta which will house a few hundred engineers, and finalized its integration of Indonesian O2O start-up, Kudo. Having achieved these significant milestones in only three months, Grab has expanded its targets: to create 5 million micro-entrepreneurs in Indonesia by 2018, and grow its Indonesian tech workforce to a few hundred by the end of this year.

H.E. Rudiantara, Minister of Communication and Information Technology, said, “To make Indonesia’s ‘Digital Economy 2020’ vision a reality, the public and private sector need to work closely together. Grab working with local start-up Kudo and establishing an R&D centre in Jakarta to create economic progress and jobs for Indonesians, is a model we encourage. Opening the R&D centre here is a testament to the fact that Indonesian engineers are valuable resources who contribute towards Indonesia becoming a leading information technology player in Southeast Asia.”

Anthony Tan, Group CEO and Co-founder, Grab, said, “We invested hundreds of millions into Grab 4 Indonesia, because what we commit is what we do. As a global technology company, beyond capital, we have the responsibility to share cutting-edge technological knowhow and build great local engineering talent, which will create millions of micro-entrepreneurs.”

Today, Grab announced it has officially opened its sixth R&D centre in Kebayoran Baru in Jakarta. Grab’s latest center now joins a global network of R&D centers spanning Bangalore, Beijing, Ho Chi Minh City, Seattle and Singapore. The Indonesian engineers will have the opportunity to build local innovations alongside world-class tech experts who are alumni from companies such as Amazon, Facebook and Microsoft.

The Jakarta R&D centre will house a total of 200 engineers by end of 2017 and expands the existing premises of Kudo to form a new 4,500sqm complex.

The tech talent in Jakarta will work on innovating the user experience of Grab’s Indonesian services. Their remit will include the integration of partner offerings into the Grab app, the creation of new features for GrabPay (Grab’s mobile payments solution), as well as features for drivers which make paying and booking on the app easier.

Ridzki Kramadibrata, Managing Director, Grab Indonesia, said, “The Indonesian government has been supportive of companies doing business here and enables us to support their goals of making the digital economy a backbone of Indonesia’s future. We are committed to doing our part by building real tech capabilities in Indonesia. Innovations for a global tech company can be developed and led from Indonesia. We’re confident that we’ll export many of the innovations that will come out of our R&D center in Jakarta globally.”

As part of Phase I, Grab also recently successfully completed its integration of Kudo, the leading O2O (online to offline) platform in Indonesia. With the integration of Kudo and the opening of the R&D centre completed, Grab is in a great position to start Phase II of the Grab 4 Indonesia plan.

The strong growth in Indonesia and the infrastructure built in phase I, has spurred Grab to set new ambitious, but achievable goals that will bring more benefits of the digital economy to consumers and drivers: creating 5 million Indonesians micro-entrepreneurs by 2018, and growing its Indonesian tech workforce to a few hundred by the end of this year.

One factor behind Grab’s ambitious new goals is the way in which the integration of Kudo is starting to pay dividends. Grab and Kudo’s engineering team created a Grab driver onboarding module in the Kudo app, through which Kudo’s 400,000 authorized agents have started enrolling drivers on the Grab app. This will directly support a massive expansion of Grab’s driver base throughout Indonesia. Separately, Grab drivers will be able to access new revenue streams through the Kudo app by becoming agents themselves and sell online goods to consumers in turn.

Albert Lucius, CEO and Co-founder, Kudo, said: “Working with Grab is exactly what we had hoped for as an Indonesian founder. We’ve partnered with a company who shares our same passion for helping Indonesians benefit from the digital economy through innovations made here in Indonesia. Thanks to our partnership, we’re able to grow much faster and see a bigger impact of our work, not just in Indonesia, but across Southeast Asia.“