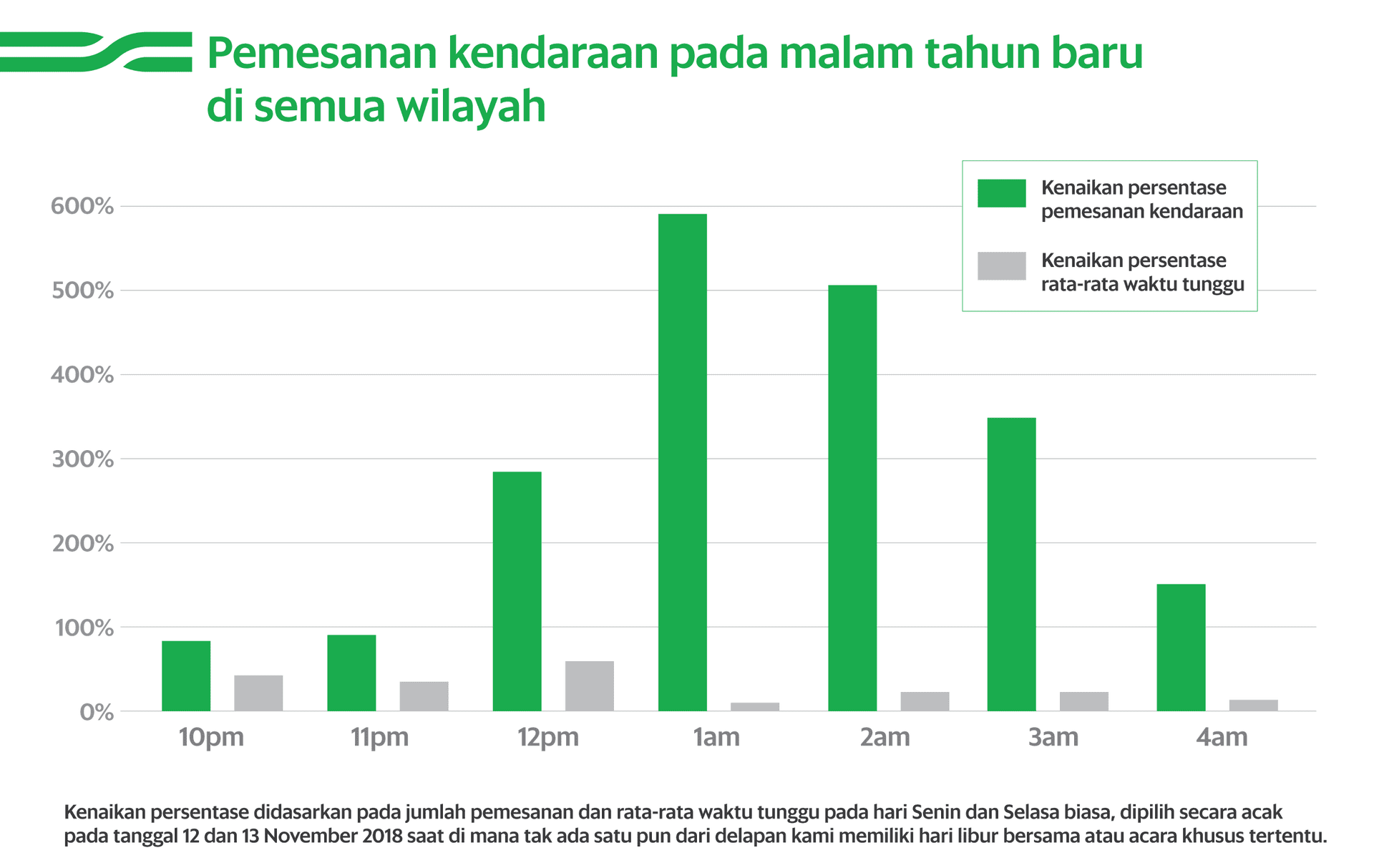 Of course, New Year’s Eve is not just for party animals. It’s also a special time for families and friends to get together. To balance the twin needs of getting drivers out onto the roads and allowing them to spend coveted time with family and friends, we extended our New Year’s Eve incentives to have a longer eligibility period.

Popular New Year’s Eve celebration spots in Jakarta included Monumen Nasional (Monas) and Ancol, which were among the top drop-off and pick-up points of the night. Monas drew the crowds with its free music performances and vantage view of the fireworks while Ancol claimed to put on the best musical fireworks performance in the country.

In Indonesia, the figure went up by 50% and the most popular food items ordered included ayam geprek, siomay and kue apam. We also know that someone had a large kwetiau goreng party because they ordered Rp 1,520,000 worth of food!