Master Your Force with Grab 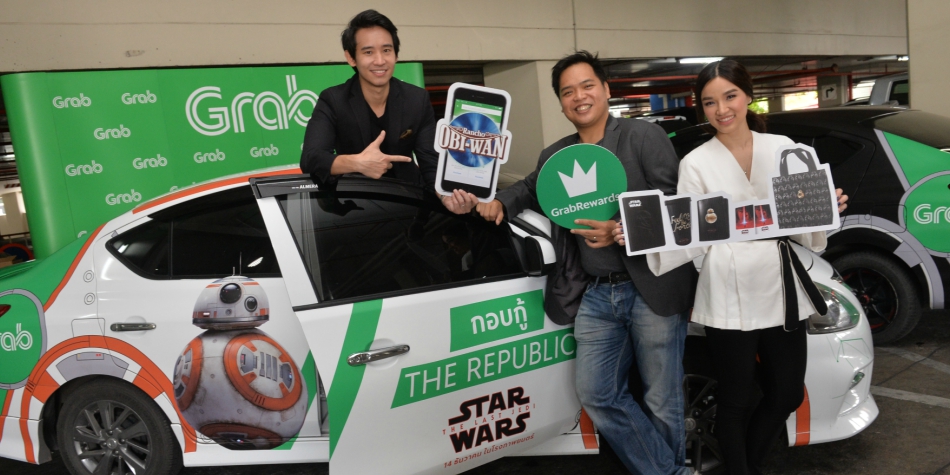 As a part of a collaboration between Grab and The Walt Disney Company Southeast Asia on Star Wars: The Last Jedi, Grab Thailand, led by Mr. Vee Charununsiri (middle), Head of Business Development, Mr. Pita Limjaroenrat (first from left), Executive Director and Ms. Paradee Sinthawanarong (third from left), Country Marketing Head of Grab Thailand, has invited all Grab users to join an exciting battle between The Resistance and The First Order by opting in and picking the side that they will fight for through Grab’s mobile app. Users who opt-in will see their Grab app reskin to their chosen side and Grab vehicle icons transformed. Lucky passengers will also get a chance to ride on GrabCar vehicles with either The Resistance or The First Order decal.

To bring about a more priceless, immersive and rewarding experience for Grab users, every ride they take with Grab will earn them GrabRewards Points and move them one step closer to redeeming exclusive Star Wars: The Last Jedi premiums such as tumbler, notebook, passport cover, tote bag and tickets to a private movie screening held by Grab. They will also stand a chance to win the grand prize of an all-inclusive trip for 2 to the world’s largest privately-owned Star Wars memorabilia museum, Rancho Obi-Wan in San Francisco, California, USA. This exciting campaign runs from now until 18 December 2017.

GET REWARDED JUST FOR USING US

What is GrabRewards? GrabRewards is our flagship loyalty program and we’re excited that it’s going into beta testing. We can’t […]

GrabChat. The first instant messaging feature in a ride-hailing app!

GrabChat is our new instant messaging platform within Grab. It’s a seamless form of in-app communication between you & your […]