Initiatives to be rolled out in support of Myanmar Anti-Trafficking in Persons Day; members of the public and Grab driver-partners encouraged to join fight against human trafficking Yangon, Myanmar, 13 September 2019 – Grab and international NGO Samaritan’s Purse have formed a year-long partnership to educate the Myanmar community and raise awareness about a hidden crime – human trafficking. This initiative is led by Grab as part of its commitment towards building a safer community for all and in support of the seventh Anti-Trafficking In Persons Day of Myanmar event held today at the Drug Elimination Museum in Yangon, where U Phyo Min Thein, Chief Minister of Yangon Regional Government called for public participation to combat such crimes.

Through the collaboration between Grab and Samaritan’s Purse, educational information about human trafficking has been developed to be shared with the public via in-app Grab messages and on social media, as well as through eye-catching stickers and flyers featuring hotline numbers placed in GrabTaxis.

In addition, Samaritan’s Purse will run a series of anti-trafficking awareness workshops and share education materials with Grab’s driver-partners in Yangon and Mandalay, while Grab will produce an educational video that will be shown during the onboarding of new driver-partners. Significantly, both parties will also refer and encourage safe migration of trafficking survivors.

“Human trafficking is a hidden crime and we are glad to partner with Samaritan’s Purse to engage our driver-partners and raise awareness about the issue among the wider public. Making use of technology for good, we will be mobilising our Grab driver-partners, the largest network of drivers in Yangon to help combat this issue. Taxi and ride-hailing drivers often unwittingly become the first point of contact for traffickers or victims, at places such as airports or bus terminals. We want to ensure they can be eyes and ears on the ground for our local communities and report these instances to authorities when needed. We look forward to collaborating with more partners and government teams to build a safer Myanmar,” says Cindy Toh, Country Head, Grab Myanmar.

Human trafficking is when a trafficker procures an individual through means of force, deception or coercion for the purpose of exploitation. According to 2017 data from the Myanmar government, majority of Myanmar people are trafficked to Asian countries such as China, Thailand and Malaysia. 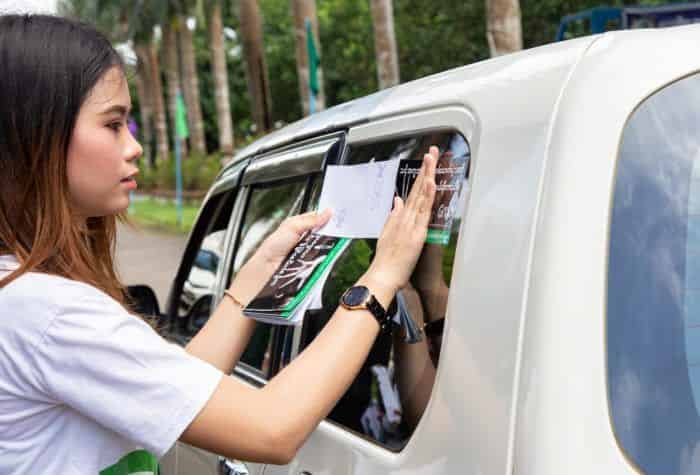 “The transportation industry plays a critical role in helping to disrupt human trafficking and we are proud to work alongside Grab to grow the capacity of its driver-partners so they can be vigilant and have a deep understanding of the most up-to-date indicators to spot human trafficking,” said Paul McKnight, Country Director of Samaritan’s Purse Myanmar.

Said U Phyo Min Thein, Chief Minister of Yangon Regional Government, at today’s Myanmar Anti-Trafficking in Persons Day event held with the theme of ‘Let’s Join the Fight to Prevent Trafficking in Persons’, “Anti-Trafficking is a type of human rights violation and is an important issue in Myanmar. We developed a 5-year Anti-Human Trafficking framework and will work based on it in cooperation with various departments, Civil Society Organisations (CSOs), Non-Government Organisations (NGOs) and International Government Organisations (INGOs) to promote the 4 pillars of policy_ collaboration, prevention, prosecution and protection.”

He added, “To combat human trafficking, relying on our task force alone is not enough to monitor and analyse the on-ground situation. We need to have strong involvement from members of the public, CSOs, NGOs and international organizations. We need to promote the initiatives of these organizations and by supporting their campaigns, we can then use the information gained to accelerate our Anti-Trafficking projects.”

The Anti-Trafficking Task Force (ATTF) under the Myanmar Police Force has established a hotline to report suspected trafficking cases. It can be reached at +95949555666 or +95949555999. 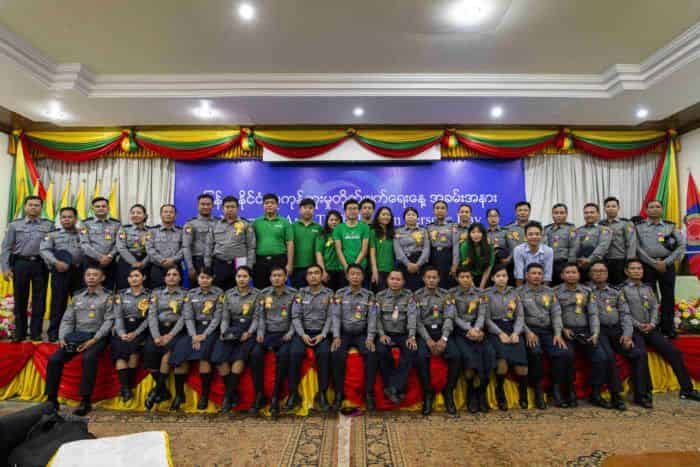 Grab is one of the most frequently used Online to Offline (O2O) mobile platforms in Southeast Asia, providing the everyday services that matter most to consumers. Commute, eat, deliver shopping – and pay with one e-wallet. Grab believes that every Southeast Asian should benefit from the digital economy, and the company provides access to safe and affordable transport, food and package delivery, mobile payments and financial services. Grab currently offers services in Singapore, Indonesia, the Philippines, Malaysia, Thailand, Vietnam, Myanmar and Cambodia. For more information, please visit www.grab.com and www.facebook.com/GrabMM.

Samaritan’s Purse is an international non-governmental organization that seeks to meet the needs of people who are victims of war, poverty, natural disasters, disease and famine. In Myanmar, the organization helps people in rural, impoverished areas of Myanmar. Its maternal and child health program assists young mothers by teaching essential nutrition practices and improving obstetric care. Its teams also work to combat human trafficking through education and prevention programmes. For more information, please visit www.samaritanspurse.org.