It was just over a year ago when Theo decided to uproot his family and move halfway across the world to Singapore. Among other reasons, he was drawn to the passion that two young founders had for Southeast Asia. He was impressed by Anthony and Hooi Ling’s mission for Grab, how they were able to identify a real need in the region, pursue it and iterate fast.

In his own words, Grab CTO Theo Vassilakis took on his role when the company was in an “accelerated growth” phase.

At a fireside chat at the recent Tech in Asia Jakarta 2018 conference, Theo talks about Grab’s new phase, and looks back on his one-year journey as CTO. 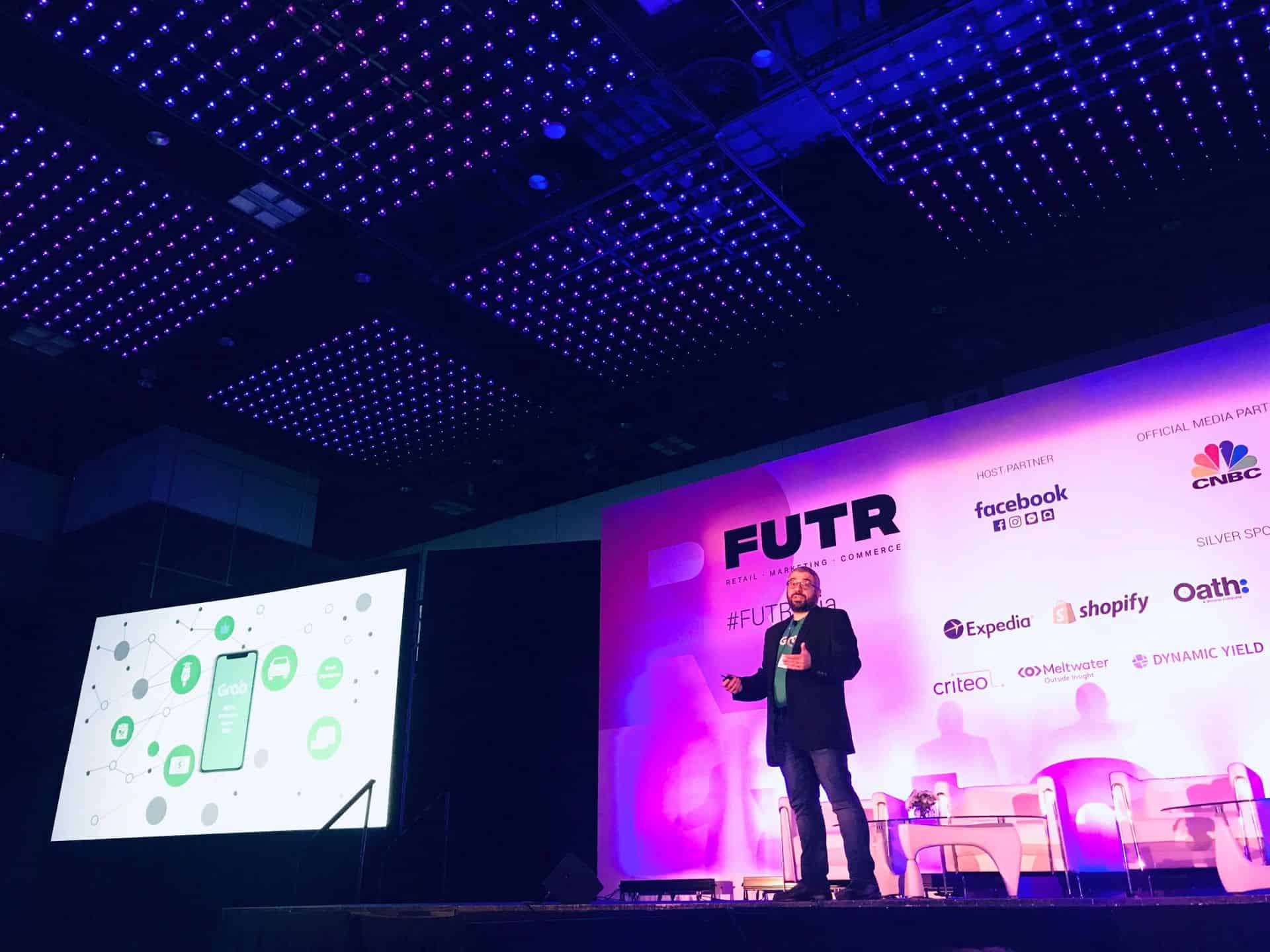 Theo shares more in these excerpts:

Why did you join Grab one year ago?

When I heard about the Grab role, I was intrigued by the opportunity to build for one of the fastest growing emerging economies – Southeast Asia.  It was an incredibly exciting prospect to develop products and services that would bring convenience and income opportunities to hundreds of millions across Southeast Asia. Coming from the US, this role has really given me a different perspective into how the work that I do, and that my teams do, can impact people on the ground. It’s one thing if you encounter glitchy online video playback; it’s another if your consumer can’t earn money for that day. Our micro-entrepreneurs – many of whom are working hard to lift themselves up from the bottom of the income pyramid – depend on us. The decisions we make every day impact lives directly and we take our responsibilities seriously.

What was your priority when you joined Grab?

As an engineer, the most important thing about building technology is knowing who you’re building for, and what problems you’re trying to solve. So, my first priority was to really get to know the landscape and the people. I spent a lot of time in the beginning visiting different markets. It’s still something I do.

What did you learn?

In my head, I thought Southeast Asia was going to be very different from anything I’d ever seen. But very quickly I realised that it is not so unfamiliar to Athens where I was born. It is also, in many respects, a developing city. I remember visiting a toko, one of our digital payment merchants in Indonesia. Speaking to the owner, I heard his story about how he inherited the place from his parents and how he still lives there with his siblings. I remember being struck by the coming together of tradition and modernisation. This was a very traditional place, it was old, yet the business was using high-end mobile apps that was really transforming the business. The leadership team at Grab really believes in being on the ground as much as possible, talking to our driver partners, our users, our merchants. But more than just conversations, it’s important that we immerse ourselves in their lives too. 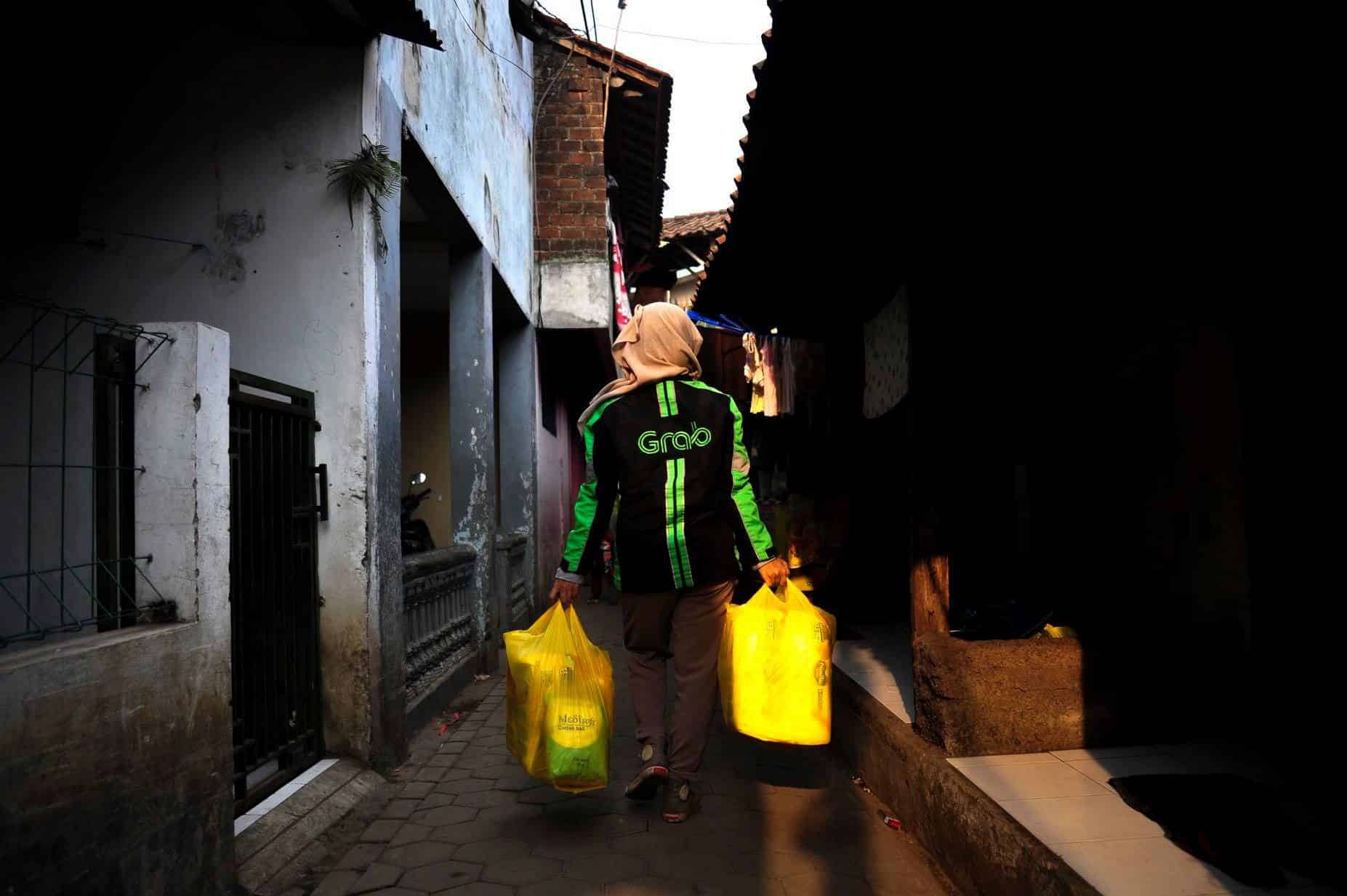 As a Google and Microsoft alumni, and an entrepreneur, how do you balance the technical and business aspects of your CTO role?

I strongly believe in the double bottom line – besides being profitable, we should build tech that focuses on the social impact it creates. At the end of the day, that’s what our technology is for. We don’t build tech for tech’s sake, we build to solve problems, to create opportunities, to lift people and economies. One of Grab’s competitive advantages is the close link between operations and systems. Even engineers need to know how it feels to be a consumer, a driver or a Kudo agent. That’s how they will truly understand the pain points they need to solve for.

What has been your biggest challenge as CTO?

As Grab grows, hiring people who are aligned with our larger goals is important. We look for people committed to our vision of bringing people closer together to what they want, not just brilliant engineers or brilliant marketers. We want people who truly buy into our vision of driving Southeast Asia forward. More importantly, as we grow bigger, it’s important that we don’t lose the culture that made us successful in the first place. Nimble, go-getting, fast-moving but above all, the willingness to collaborate.

Let’s talk about talent in Southeast Asia. What has been Grab’s strategy to keep and acquire talent?

In the early days, hiring for tech talent here was definitely a big challenge. What we saw was that a lot of good tech talent in SEA had gone overseas because there just wasn’t an industry here to give them enough opportunities to expand their careers. But we decided to own the problem, so beyond just hiring, we co-train a new batch of talent with academia (e.g. NUS AI Lab), and we’ve set up R&D centres in cities like Jakarta and Ho Chi Minh City to grow the talent pool. So we’re helping to reverse that trend, and it’s also a way of giving back. In parallel we’ve now also become a magnet for tech talent in the world, who are drawn to the fact that the work we do at Grab is unlike anywhere else in the world right now.

What are your next steps?

The big technological opportunity we have is to harness the potential of the huge amount of data that pass through our platform daily. We have the potential to not only build better products and services for our users, but also to work with governments and partners to better understand the region and help solve bigger problems like traffic congestion. I truly believe we have a real role to play in driving smarter cities across Southeast Asia.

To achieve that, we will continue to invest heavily in data science, AI and machine learning. And in parallel, working with partners as we’ve done with NUS and Microsoft to really make the biggest difference in the shortest time possible.

Lastly, what’s the one piece of advice you have for CTOs in the region?

Focus on the problems you know the best and that no one else knows. And build the product that solves those problems. It doesn’t matter if someone has a fancier product, if it doesn’t solve the right problems, you’ll still have the advantage.