Singapore, 15 September 2015 – Following the overwhelming popularity of GrabDurian last month, GrabTaxi Singapore is celebrating local culture and our common love for food by offering users the chance to enjoy some of the best mooncakes this Mid-Autumn Festival.

GrabAutumn follows GrabTaxi’s highly successful GrabDurian campaign held during the durian season last month. It is the brand’s initiative to foster the Singaporean food culture of enjoying food together with family and friends, which is especially meaningful during the Mid-Autumn Festival.

On 15 and 21 September, GrabTaxi users can pre-order a box of four premium InterContinental® Singapore traditional baked mooncakes with double yolks and white lotus paste (original retail price: $68). To reward loyal users for making GrabTaxi the largest land transport brand in Southeast Asia, GrabAutumn mooncakes will be given free to users. A GrabTaxi will deliver the box of mooncakes right to customers’ doorsteps with a $38 delivery charge.

The mooncakes come in a 20th Anniversary Collector’s Edition special commemorative tin box, designed by local illustrator Jacqueline Goh. To further light up the Mid-Autumn festivities, each package will also include a fun pack comprising a traditional lantern, candles and sparklers. 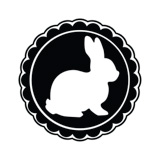 Select GrabAutumn fleet icon in the GrabTaxi app to pre-order

Grabbers are encouraged to share their Mid-Autumn Festival celebrations and savouring of their GrabTaxi mooncakes by posting on social media with the hashtag #GrabAutumn.