GrabPay Card and GrabPay Wallet aren’t just the ideal way to go cashless; they also give you a safe, easy way to spend online. Now, starting on the 14th of July, if your total online transactions on GrabPay hit the required amount for each monthly cycle, you could supercharge your GrabRewards by up to 15,000 points/month. Here’s how it works. 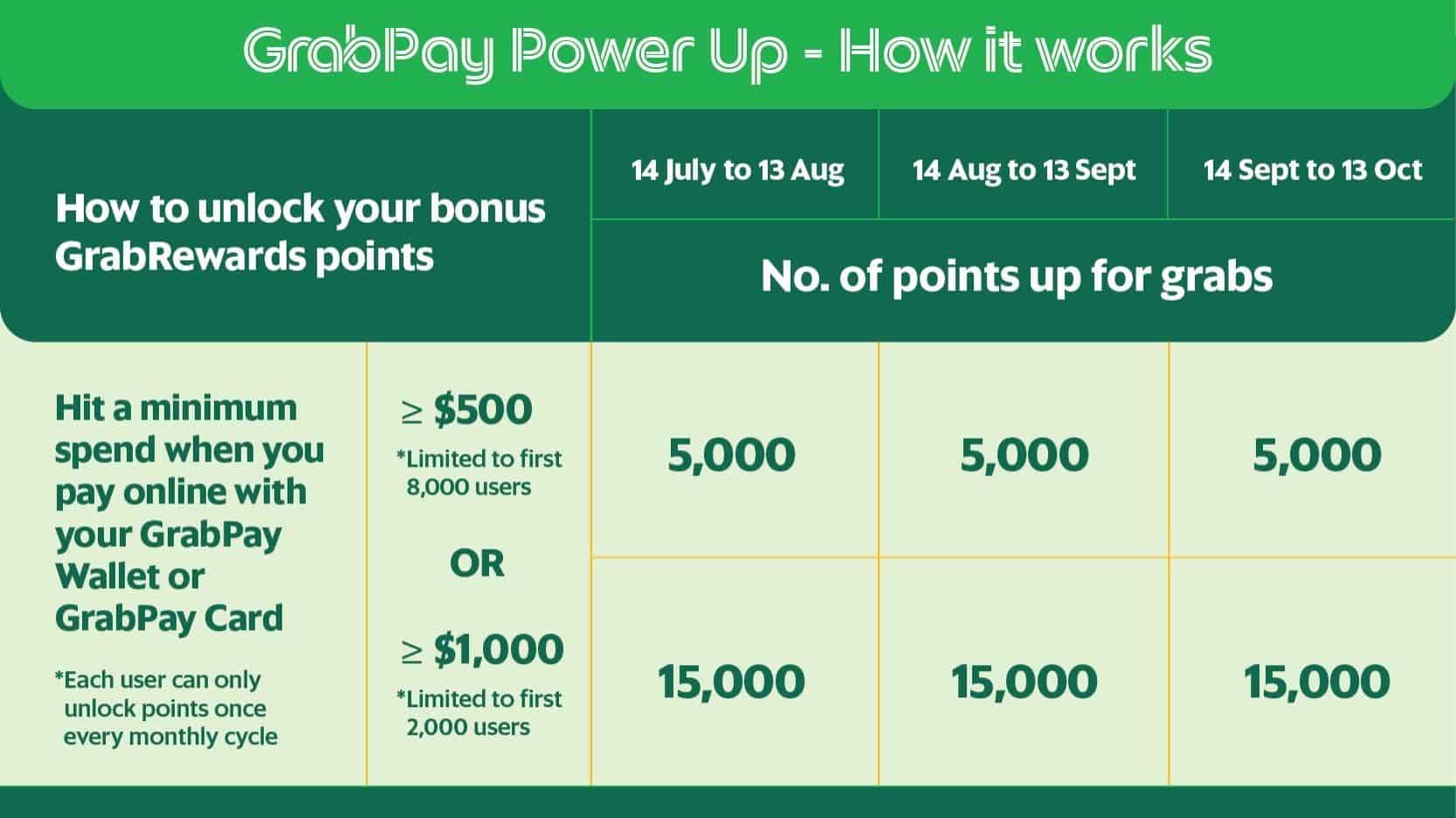 *Spend is accumulated (i.e. each individual can only receive bonus points from either ≥$500 or ≥$1,000 spend, and not both.)
^Bonus GrabRewards points will be credited to your Grab account within 14 working days from the last day of each monthly period.

From 28th July to 3 Aug, if your overseas spending is the equivalent of SGD200 or more, you get an extra 4,000 GrabRewards points. So, if you’ve had your eye on something that’s only available overseas, now’s the time get it!

Not yet signed up for a GrabPay Card?

You can use GrabPay Card at millions of places online. Plus, you get lower forex rates, e-Commerce protection, and up to 4x GrabRewards points.