The Mobile App That Leaves Nobody Behind

Grab is for everybody — even folks with mobility issues.

For Sze Ling, a visually impaired Singaporean, getting out of her home used to be a daunting task. She lost her vision at the age of four due to glaucoma and, since then, her eyes could only sense light. Visual disability, however, hasn’t stopped her from living her life to the fullest. With accessibility features incorporated into the Grab mobile app, she now has a hassle-free way of getting to the places she wants to go.

In the beginning, though, the Grab mobile app was just a simple ride-hailing tool. However, today’s version is far more evolved. Suggestions and feedback from our passengers have inspired us to push the app further to ensure we serve every user. Our software engineers and designers have been working tirelessly in developing new app features for our passengers — especially for those users who require extra care or assistance.

The Grab customer inspires research and development — and that includes customers with mobility issues, says Madushan Gamage, a software engineer at Grab. “Ultimately, it’s not up to us to decide who to exclude and who to include [as a mobile app user]; so we do our best to build a system that can be used by anyone and is beneficial to everyone.” 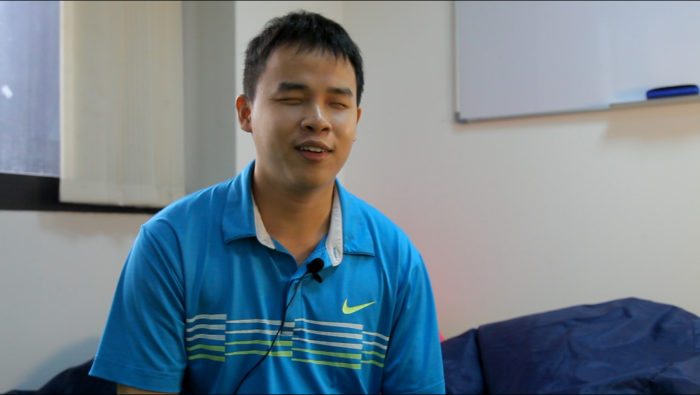 A Solution for the Visually Impaired

Visual impairment can seriously impede day-to-day mobility. “Navigating is a problem,” says Giang Nguyen, a Grab software engineer who was born blind. “When I want to catch the bus, I cannot see the bus number.”

Madushan highlights another issue. “Imagine someone who is visually impaired and living in a country without a good transport system — it’s really important that we take the lead and do things right for them.”

Recognising their daily struggle, Giang works closely with Madushan and other teammates to shape the way the Grab app works for the visually impaired on both Apple and Android systems. With Apple’s iOS mobile operating system, for example, activating an iPhone’s VoiceOver function now enables the Grab app to be used solely via touch and hearing. A driver’s estimated time of arrival is read aloud when the user touches the matching area on the smartphone screen.

Giang’s role in the team is essential, particularly in the development phase. “It was really inspiring to hear from Giang, given his experience with assistive technology, how features and fixes can work for people like him,” says Madushan. The team recognises that a minor tweak to an accessibility feature can mean a giant leap in quality of life for visually impaired passengers like Sze Ling, who can now get around with Grab in a safe, fast and easy way without needing external help. 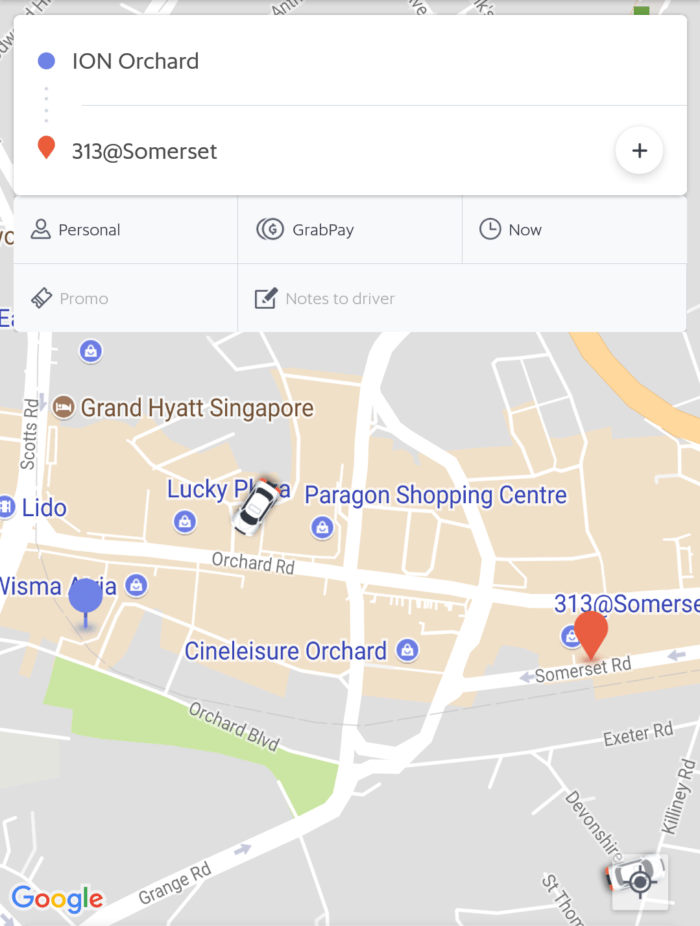 Sometimes, the most useful accessibility features are the least obvious. “If you check our passenger app, the pickup and drop-off icons have different shapes,” Madushan reveals.

The design was intentional: one of the priorities of the Grab software engineering team is to make the app accessible to the colour-blind. “About one in 12 men and one in 200 women have colour blindness, so that’s a lot of people we need to take care of,” he adds. “So, as much as possible, we avoid using only colour to represent items in the app.”

Many Grab users are also seniors who may have poor eyesight. To address this, Madushan and his team programmed the font sizes in the Grab app to adapt to the user’s chosen font size in their phone. The contrast ratios between text and background in the Grab app have also been optimised for readability. These are features that the average Grab user is unlikely to notice, but make a huge difference for a handful of people.

A Grab App for Everyone

“Improving accessibility functions can make a real difference to many lives,” says Madushan. “As a transport provider, our goal should be to make life easier for people who have difficulty moving around. Making a huge difference in people’s lives is what really keeps me motivated.”

When it comes to empowering our passengers with helpful app features, Grab gets everyone on board — regardless of ability or age.