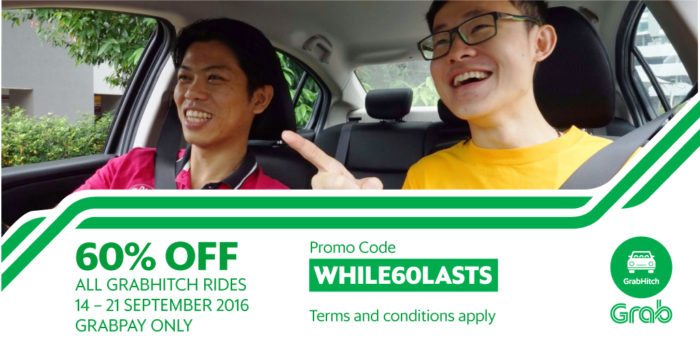 Our 60% off promotion is only valid with GrabPay for all bookings made within the one week (14-21 Sep) period only. Simply enter the promo code ‘WHILE60LASTS’ when you book your ride, anytime of the day within the 7 day promotion period to be eligible for this discount!

*Limited to two rides per day for each passenger, up to a maximum eligible fare of $16

Pro Tip: Create your route and book a ride at least the night before to ensure that you maximise the odds of getting a Hitch driver! 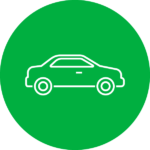 GrabHitch drivers are NOT commercial drivers!

GrabHitch is NOT on-demand, it is powered by regular commuters like you and I. They are sharing their rides, allowing you to hitch a ride with them. There are a few factors that have to match – your time of travel, location of pick up and destination.

Be nice, you are hitching a ride! Seat in the front seat, greet your driver. 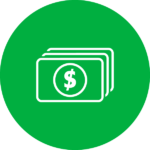 Surge pricing is very common in popular areas or during times when demand is high. There is usually no escape to paying that extra to get to our destination on time. With GrabHitch, we NEVER have surge pricing – the price of travel is always the same, regardless of the time, demand nor popularity of the area.

We can reassure you that you will not get a price shock at the end of your ride.

Be part of social travelling – don’t be a stranger!

Social travelling is a great way to meet people who live or work around the same area!

Turn your neighbours into friends, share your ride and you might even end up hitching your neighbour. Neighbours. We all have them. But how many of us can count them as friends? Don’t stay behind those closed doors, get to know who lives next door! Get a hitch from someone going the same way, save on transport costs and also make a new friend along the way!

To encourage more drivers to share their ride with GrabHitch, drivers who sign up from now until the end of October with the referral code KAMPUNG20 get $20 credit in their driver wallet upon completion of their first Hitch ride!