The Road to Recovery in Southeast Asia

The pandemic has revealed a great divide in access to technology—the kind that Pandu observed in Indonesia. Tech platforms have to distribute their services more efficiently—whether that’s information, goods, or money, he said.

Pandu was speaking at a special GrabConversations panel in partnership with the Asian Development Bank on 17 March 2021. He was joined by other tech pioneers from across Southeast Asia to discuss how tech can shape the region’s recovery from the pandemic.

Southeast Asians are ‘leapfrogging’ the West

Consumers in Southeast Asia have “leapfrogged” their Western peers to match their “counterparts in China” in areas such as mobile payments, said Arrif Ziaudeen, founder and CEO of Chope, a dining platform. Consumers who might not have had access to a credit card are “willing to whip out their phones and [make] a mobile payment” at restaurants.

For instance, despite Vietnam’s relatively short lockdown in Vietnam, 41% of all digital service users were new in 2020, according to the e-Conomy SEA 2020 report by Google, Temasek and Bain. The fundamental driver of this was “the boom of smartphones, the internet [and] social networks” over the last few years, said James Dong, CEO of Lazada Vietnam.

COVID-19 only accelerated this movement as new sellers came online. “The growth on the supply side was almost two times than the growth on the buyer side. They bring their customers, and some of them will drive the total growth of the entire platform,” James added. Meanwhile, Thai customers on Lazada gravitated to new services like livestream sales. These new features can enable e-commerce platforms to “provide a more diversified service and offerings to the consumers”.

As lockdown restrictions have eased in some cities, Chope has seen an “undeniable” pattern of F&B demand rapidly bouncing back. “You know that term ‘revenge spending’? It’s real. People want to go out, they want to connect with other human beings, and eating out is one of the few ways they can do it. So the thousands of restaurants that we work with, they’re holding on waiting for that moment to come and it can’t come too soon,” Arrif said.

Businesses have to catch up 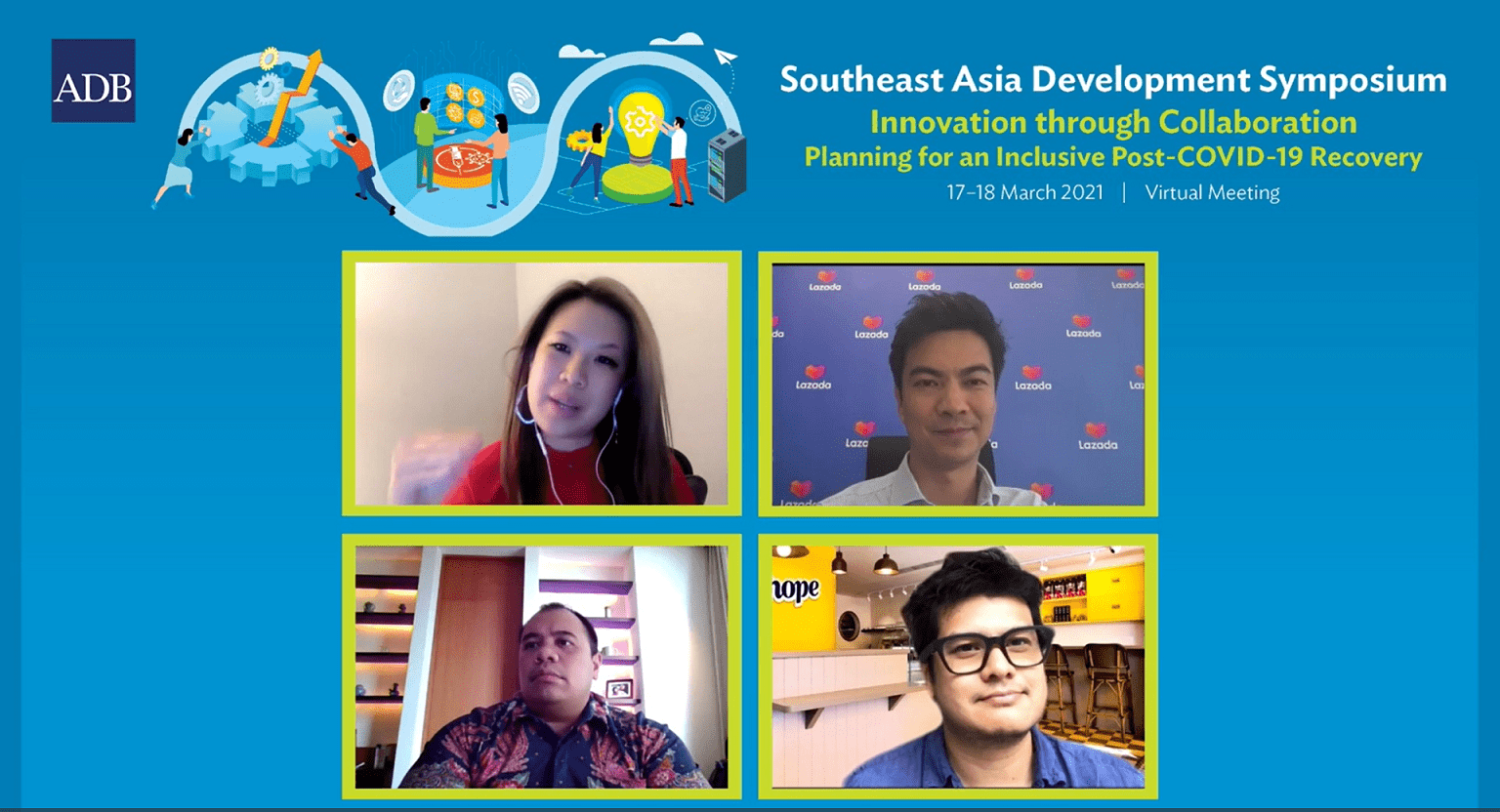 These tech leaders observed another pattern across the region: businesses have to catch up with their customers. Both governments and commerce platforms have to offer them a leg up.

Most businesses were not ready to deal with the rapid shift that came with the pandemic. “There’s clearly a capability gap, infrastructure gap, on how to operate online,” James said, including things like how to price products for online sales. E-commerce platforms had to shift their focus from wooing young tech-savvy buyers to helping small, traditional entrepreneurs move their business online.

Platform companies have to make substantial investments to help micro-businesses understand the value and realities of working online. “We’re not talking about making a quick buck today and flipping a business tomorrow. We’re talking about investing in growing the bottom of the pyramid to become an income-generating middle class,” he added. This will then allow the platform company to grow alongside its users.

For recovery to truly take root, partnerships between platforms and governments are crucial. In Indonesia, major tech companies partnered with the government to reach offline merchants through the’ Bangga Buatan Indonesia’ programme in May 2020. “In less than one month, we have 1 million new offline merchants moving online, and since then there have been about 10 million new merchants that came in,” said Pandu. The Indonesian government also gave “direct cash handouts, using technology” and has partnered with digital platforms to educate on and distribute vaccines.

For a tech executive like Pandu, this has meant constant and close partnership with the government. “In the last six months, there hasn’t been a day I haven’t spent with regulators, people, parliament members, parliament heads, talking about the positives of technology.”

Likewise, the COVID-19 pandemic was a litmus test for the State of Selangor in Malaysia. Its Chief Minister, Dato’ Seri Amirudin bin Shari, said that it gave him “space to expedite the process of digitalisation” and observe the preparedness of Selangoreans and their existing systems. 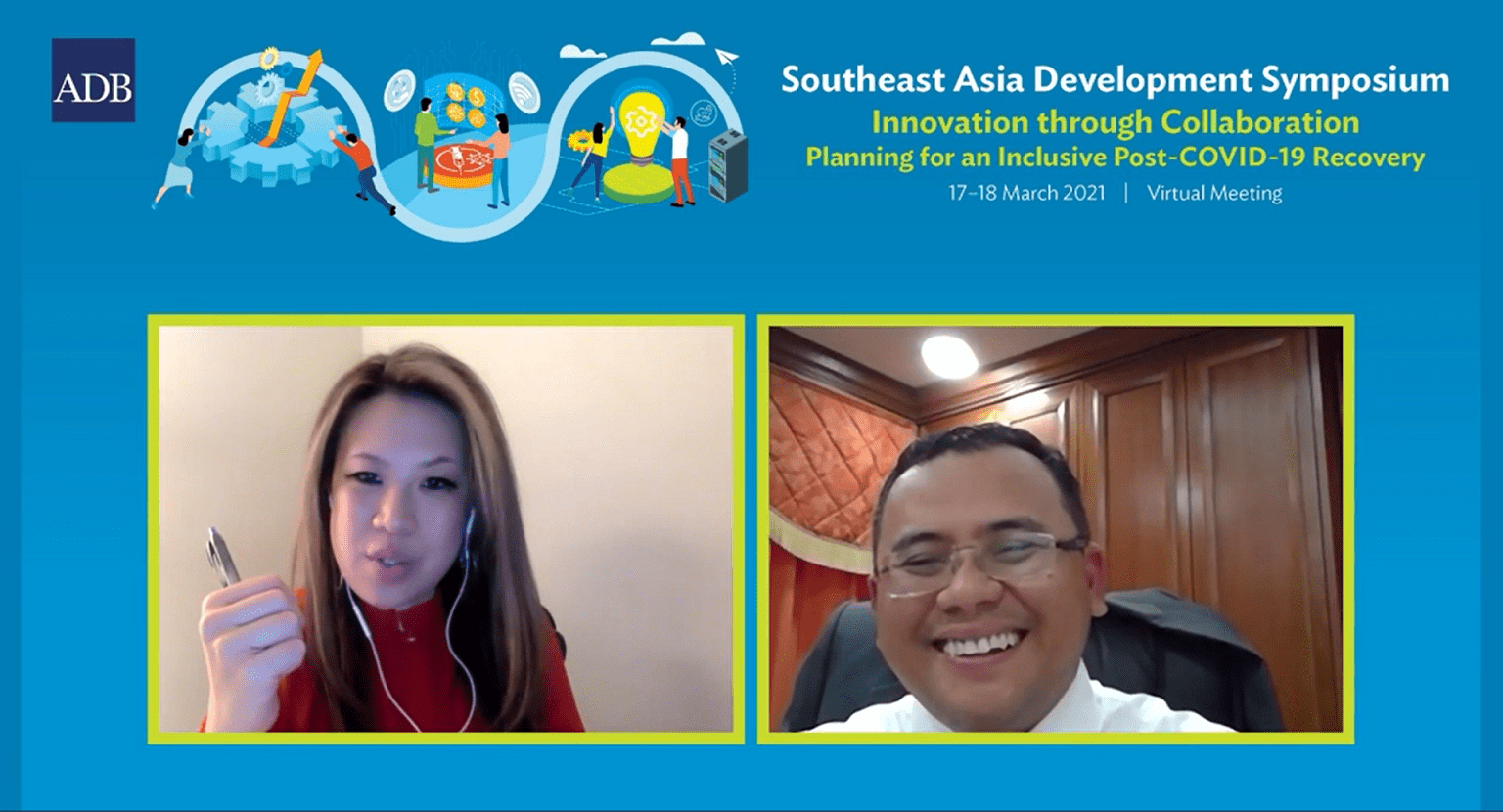 For instance, Selangor partnered with digital platforms, including Grab Malaysia and Shopee, to bring traditional Ramadan bazaars online. The government expected this to be a hit amongst the bazaar sellers and not as popular amongst buyers, but the reality turned out to be the opposite. “We expected that within one week or two weeks, maybe the experiment will fail, because we thought that the market is not ready. But the result was different. The hawkers are not ready and the merchant is not ready, but the market is ready.”

This is as many micro-merchants see “technology or digitalisation as quite an elite project”, Dato’ Seri Amirudin said. Though these business owners use digital tools like WhatsApp and other social media in their personal lives, the same transformation has not occurred in their businesses.

This year the state is focusing its digitisation policies on tackling this challenge. It has set aside MYR 10 million for projects on capacity building for poorer communities and small traders, as part of its 2025 Smart Selangor vision.

As with bazaar sellers, Southeast Asia will see other traditional industries, like mining, being disrupted. For instance, Selangor uses sensors and data to tackle the mafia who were syphoning money from sand mining projects. “We put sensors in the lorry [to] detect where they go. And at the same time, every time they move out from the acquiring centre, we will get an estimate of how much sand they are carrying,” Dato’ Seri said.

By tackling unethical business practices through technology, the state has increased its permit revenues from MYR 4-5 million to up to MYR 90-100 million in the last four years. “We can spend it for the benefit of other people,” he added.

This article captures key takeaways from the special Grab Conversations held in partnership with the Asian Development Bank. Pioneers of the digital economy in Southeast Asia James Dong, Pandu Sjahrir, Arrif Ziaudeen, and Dato’ Seri Amirudin bin Shari, shared their views and insights on shaping the recovery agenda in the region. It was held on 17 March 2021 at the Southeast Asia Development Symposium 2021 organised by ADB. The session was moderated by Ilaria Chan, Group Advisor on Social Impact Investments at Grab.